Council and police have joined forced to help break a “vicious cycle” of young drivers caught on the road illegally.

A police-backed driver mentoring programme, funded by NZTA, has been launched with eight referrals in its first week.

And Marlborough District Council has purchased a $20,000 Holden Barina with the aim of training the region’s most at-risk drivers.

Road policing group acting sergeant Andy Holmes came up with the initiative to reduce the trauma and harm on the region’s roads.

“We don’t want to be stopping somebody and ticketing them week in week out.

“We want to attack the root cause,” Andy says.

Police are focusing on at-risk young people who have already been caught driving without a license.

Andy says experienced road police officers will be doing some mentoring to improve the quality of drivers in Marlborough.

Marlborough District Council road safety coordinator Robyn Blackburn says another benefit of the programme is that it will provide employment opportunities. 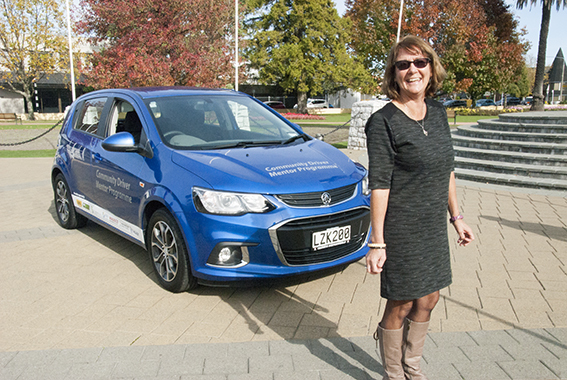 “The aim is improving road safety,” she says.

The programme, which has taken just under a year to implement, is thought to be the first of its type in the district with similar programmes running in Christchurch and Manukau.

Andy says the community’s willingness to come on board has been “fantastic”.

Wadsco Motorworld provided “a really attractive package” on the Holden Barina, including three years of servicing.

A $35,000 NZTA grant is funding the car purchase and operating costs over three years.

Andy says the launch was a “proud moment” for the community.

“By getting the funding and the support, we’ve ensured we can run this for the next three years minimum.

“It’s quite a proud moment, to have the car here in the flesh and have referrals ready to go.”